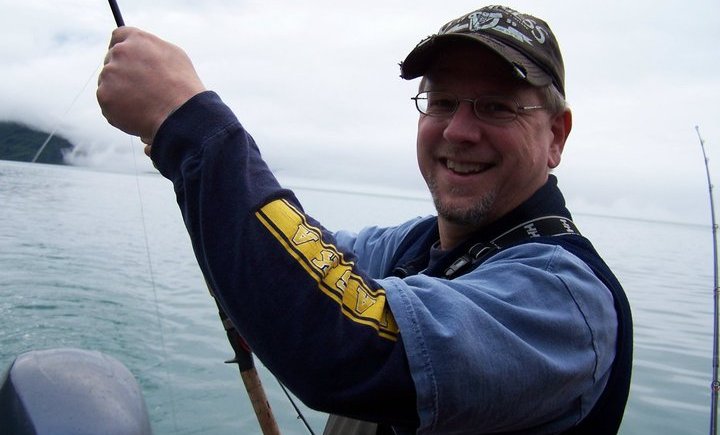 P. Wesley Lundburg has been an Alaska Charter Boat Captain, Coast Guardsman, college English professor, and professional editor. Wes holds a B.A. in English, an M.A. in Literature and an MPhil in Philosophy, and a PhD in Education. He works full-time as an executive administrator at a community college and writes most every day as part of his “down time.”

Wes launched his fiction-writing career in 7th grade with a teacher-acclaimed UFO abduction story, became addicted to writing, and hasn’t stopped since. Besides his current set of novels, most of his published work has been creative essays on nature and outdoor travel. He has also published academic papers, and presented papers and workshops in his fields of Literature and Communication. His greatest joy has been in writing fiction.

Wes’ writing is steeped in characters and a sense of place. Raised in San Diego, California, and having lived more than 17 years in Alaska, these have provided the locale for most of his major fiction works. In Alaska, he served in the Coast Guard and later ran a fishing charter business as a licensed charter boat captain. After extensive stints in Florida, Alaska, Minnesota, Boston, and Long Island, NY, Wes has returned home to San Diego with his wife and kids, where the beach and mountain bike trails occupy his downtime amid the peering eyes (he imagines) of multitudes of coyotes and jack rabbits.